What do you think of the logo now?? 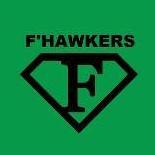