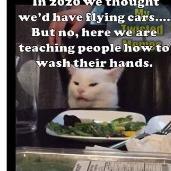 By Vegas_Sioux,
March 9, 2020 in Non-collegiate sports